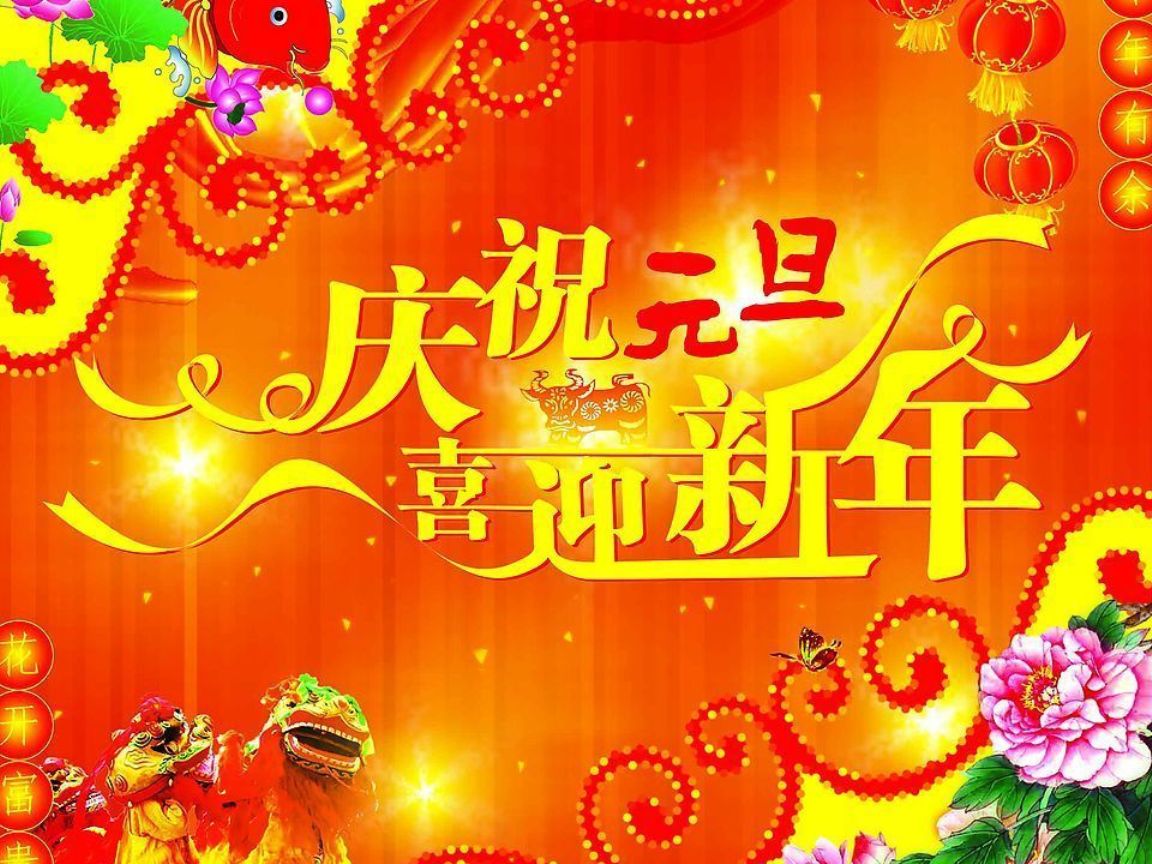 Speaking of the New Year, there are two countries in our country. One is today, on January 1 of the Gregorian calendar, we are now used to calling this New Year a New Year's Day; the other is the Spring Festival, the first day of the first lunar month, and February 5 this year.

Because this day is the beginning of the year, it is called the New Year's Day. It is winter in the whole year, and it has not yet established.

On the first day of the first month, we now call the "Spring Festival" or "New Year", but in ancient times it was called "New Year's Day."

However, different dynasties still have different names: the pre-Qin period was called "Shang Yuan", "Yuan Ri", "Change the Year", "Year of the Year", etc.; during the Han Dynasty, it was called "Three Dynasties", "Years", " Zhengdan" and "Zhengri"; during the Wei and Jin Dynasties, it was also called "Yuanchen", "Yuanri", "Head of the Yuan", "Year of the Age", etc.; during the Tang, Song and Yuan Dynasties, it was called "New Year's Day", "Yuan Ri", "Year "Day", "Xinzheng", "Singapore", etc.; and in the Qing Dynasty, it has been called "New Year's Day" or "Yuan Ri".

In China's complicated history, although the "New Year's Day" has been the first of the year, the specific date of New Year's Day is not the "first day of the first month" due to the different calendars.

As early as the Five Emperors of 4,000 years ago, ancient humans lived in tribes and lived a very primitive life. Legend has it that when the Emperor Shengzi was in the throne, when Qin Tianzi was in office, he worked diligently and in the people to do a lot of good things for the people. He was very popular with the general public. However, because his son had no talent, he did not pass the emperor of the "Tianzi" to himself. The son, but passed to the embarrassment of both morality and morality. He said to him: "You must pass on the emperor in the future, and you can feel at ease after I die." Later, he passed the emperor to the shackles of the flood control. He also loved the people like the monks and loved the people for the people. A lot of good things are very popular. Later, after the death of the Emperor, the day when the Emperor sacrificed the heavens and the earth and the emperor, as the beginning of the year, the first day of the first month was called "New Year's Day" or "Yuanzheng". This is the ancient New Year's Day.

Although the time of New Year's Day was different in ancient China, the dynasties of the dynasties were held on the New Year's Day to celebrate the activities of the ceremony. The dynasties of the dynasties held celebrations of the ceremonies and ceremonies on New Year's Day, such as offering sacrifices to the ancestors of the gods, writing the door to the Spring Festival couplets, writing the blessings and dancing dragon lights, and the folks gradually formed sacrifices to the gods, sacrifice ancestors, paste the Spring Festival couplets, set off firecrackers, and defend the ages. And enjoy reunion dinners and numerous "social fires" and other entertainment celebrations. The poet Xinlan of the Jin Dynasty once had the poem "Yuanzheng": "Yuanzheng Envoy Festival, Jiaqing 肇自兹. Salty Wannian, Xiaodatong Yuexi." Describe the New Year's Day celebration.

Now we will give each other a greeting card and a New Year greeting before and after the Double Dan (New Year's Day, Christmas).

At present, China has listed New Year's Day as a legal holiday, and often adjusts the day or the day before and after the holiday to a three-day holiday. Compared with the Lunar New Year, China’s folk celebrations on New Year’s Day are much less. Generally, only social organizations and corporate companies hold year-end collective celebrations around New Year’s Day.

With the integration of Chinese and Western cultures, the New Year’s Day’s New Year’s Day has become a worldwide event. People gather together to count down time and cross the old year. New year to celebrate the coming of the New Year.

The French New Year's Day was originally April 1st, and it was not until 1564 that King Charles IX changed it to January 1. One year from the day: Celebrate the New Year with wine, people start to drink from New Year's Eve until January 3rd. Before the arrival of the New Year, the French must drink all the wine left in the house, so that many people drunk. They believe that only New Year's Day can drink all the wine in the home, and good luck can be achieved in the new year.

Spain: Eating 12 grapes symbolizes the moon and the moon

On the New Year's Day, the streets of Spain were packed with champagne and grapes in the early morning, waiting for the New Year's bell to ring in the carnival!

There is a very old New Year tradition in the local area. In the last 12 seconds of the countdown to midnight, you should immediately eat 12 green grapes and make a wish in your heart. 12 grapes, 12 wishes. It indicates that every month of the next 12 months will be sweet and beautiful.

Because the interval between the countdowns is very close, you can't wait to spit the grape seeds, or even have time to swallow. When the 12 grapes are finished, the whole mouth is bulging, and the inside is stuffed with grapes. If you can eat 12 in the rhythm of the bell, it means that every month of the New Year is safe. Each of the New Year's grapes also has different meanings, representing "peace", "harmony", "refuge", and "crime".

On New Year's Day, many Americans want to eat squid, because this fish always swims in groups, symbolizing the prosperity of the family. Another reason Americans prefer squid is that this fish always works hard in the water, eats it, and will make a difference in the new year.

New Year's Day celebrations in California have their own characteristics. On the occasion of the New Year, roses are everywhere in the streets and lanes, and dozens of flowers are decorated with colored cars and young girls dressed in formal dresses. During the festival, people will choose the Queen of Roses and the Princess of Roses, and celebrate the New Year in the appreciation of the United States.

Germany: Every household has a scented tree

On the night before the New Year’s arrival, the children will form a band, put on new clothes, hold a harmonica and an accordion, and line up on the street. Adults hold colorful flags and sing and sing behind them to celebrate the New Year. In the New Year, women in Germany want to improvise a comedy sketch of a family theme.

In the rural areas of Germany, there is also a custom of the New Year--the tree-climbing competition. The boys climbed up the bare trees. The first place was called the "New Year Hero", which showed a step by step.

Previous: Do an outfit for the first time, how to determine its decorate a style
Next: Road in where? - 2019 China furniture development trend